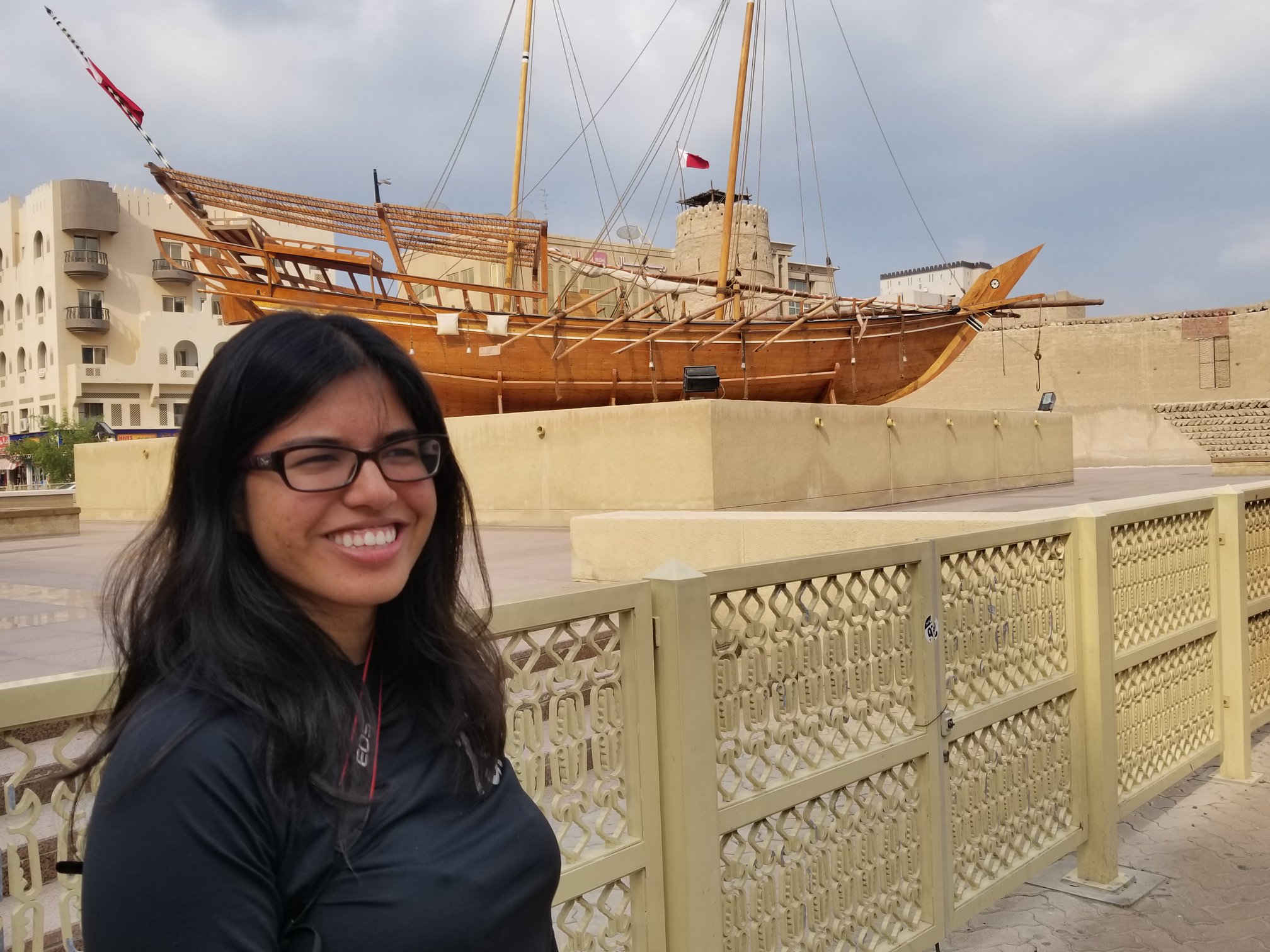 Happy New Year! Have you been to Dubai? Anyone who has watched the global New Year’s
countdowns knows that Dubai puts on a jaw-dropping show every year. Between the increased
coverage of Dubai in the news and tales from my friends who seemed to be flocking the city as
a tourist destination, when I received the opportunity to visit UAE with Indonesia Media, I
jumped at the chance. I had to see what the hype was for myself.

A day’s travel took us across North America and the Atlantic from Los Angeles. Even though we
landed in Dubai at night, we immediately started exploring the city. We started with a delicious
family style Mandi-style dinner and a fun evening photo stroll in the Dubai Garden Glow, a walk-
through experience of hundreds of interactive art displays and an ice sculpture garden.

I was surprised by our evening tour. In an another place, a late
arrival would have meant being ushered quickly into the hotel to retire for the night until sunrise,

when it was relatively safer to walk around unknown streets. Our guide soon explained why this
did not need to be the case in Dubai.
“I feel completely safe walking alone in the streets at night here,” she said. “There is very little
crime here. If you commit a crime, you are finished. So there is little crime.”
Safe at night? I looked around at wide streets, clean and empty, with no one loitering and all
minding their own activities. Amazing, I thought. Growing up, I wasn’t even allowed to walk
alone in my suburban neighborhood, so being assured of security in a large city like Dubai was
nothing short of inspiring. (United Arab Emirates has recently been ranked the second-safest
country in the world for tourists.)

The next morning we were one of the first
visitors at the top attraction in Dubai: the Burj Khalifa, the tallest building in the world, whose
base is rooted in the Dubai Mall, the largest mall in the world. One of the world’s fastest

elevators took us all the way to 124th floor, where we surveyed a futuristic landscape of
skyscrapers, highways, and luxury hotels, including the iconic sail-shaped Burj Al Jumeirah
hotel, so luxurious it’s jokingly called a “7-star” hotel. Overall, it was hard to figure out which was
better — the highest panoramic view from a skyscraper, or the skyscraper itself, so tall it cannot
cannot even be captured by a regular camera.

But my highlight came later in old Dubai, where we were able to interact with Dubai’s past.
Between the life exhibits and galleries at Dubai Museum, crossing the Dubai Creek by boat, and
traveling through the residential, older part of town, a different face of Dubai was shown. From
this angle, Dubai did not look different from many of the other cities I had visited in Asia and
South America. And in many ways, this may be the true Dubai, where residents, workers, past
and present thrive in harmony. 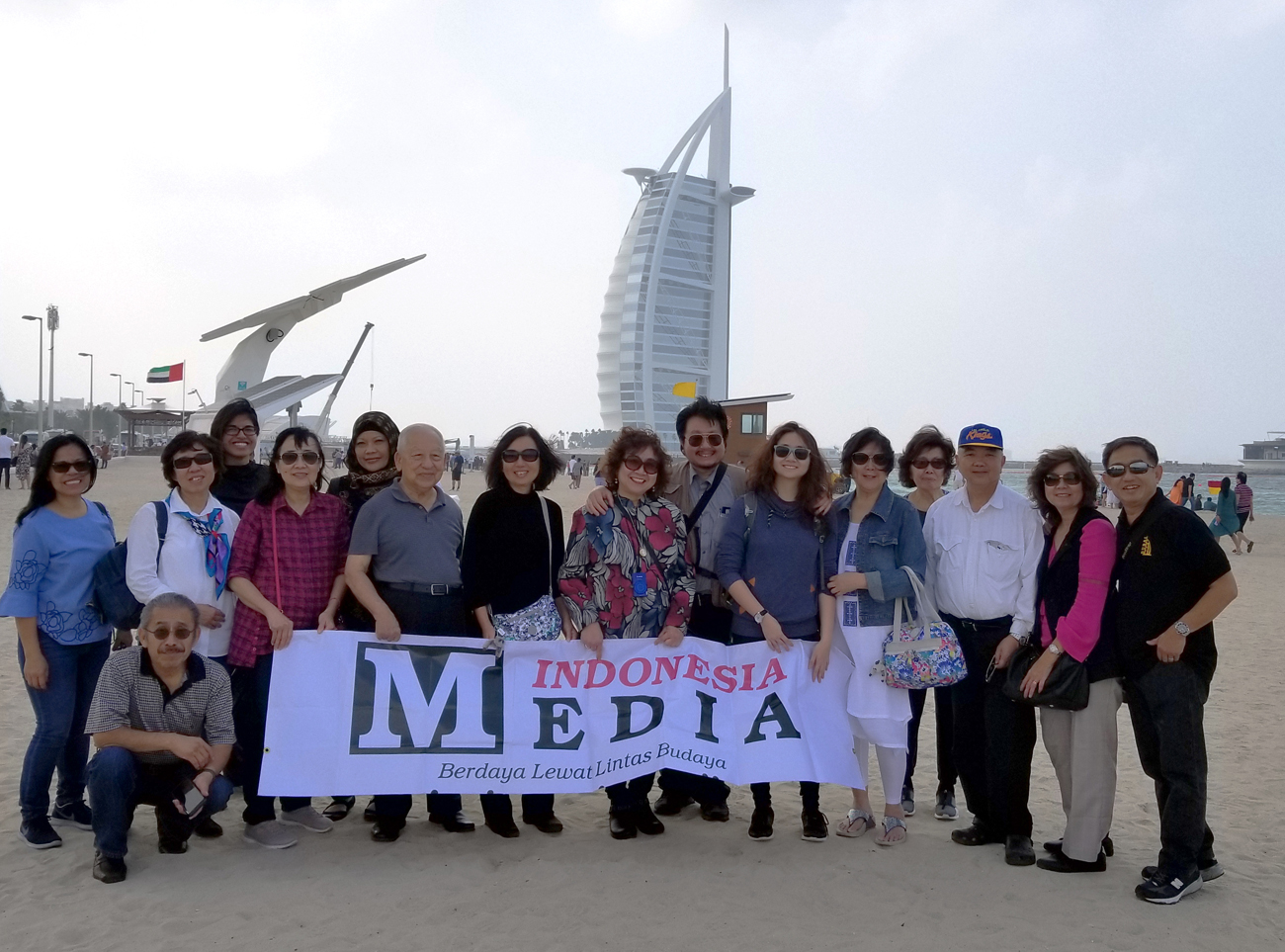 Seeing historical and ordinary parts of Dubai helped place the city in context for me and grow
my appreciation for its breakneck transformation over the last few decades – from independence
in the 1970s to the forefront of international tourism and commerce in the 21st century. In Dubai,
immigrants, government, corporations, and entrepreneurs are all working 24/7 in order to take
Dubai to the next level. If Dubai can do this, can we? (MP / IM )