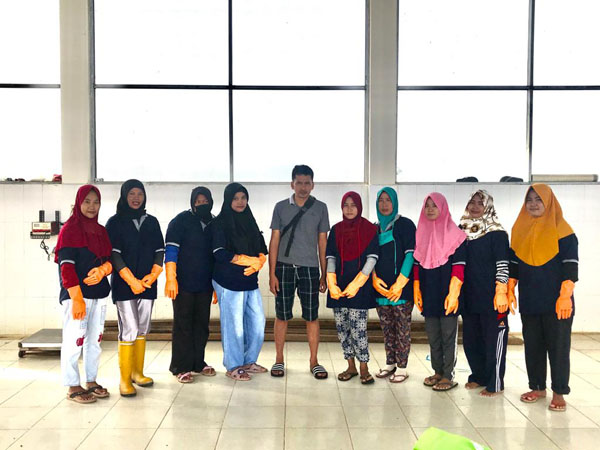 Jakarta, March 15, 2020/Indonesia Media – Indonesian Feedmills Association has called for target achievement of shrimp production, on the working groups established a few days ago, since there is a relevance to the national economic situation. Since the global market tends to suffer from oversupply, anticipation is much needed. As a result of inter-ministerial meeting in Presidential staff office (KSP) Indonesia, working groups can be established. So far, the meeting is just a kick off, and there has not been any follow-up. “Next, coordinating ministry for Maritime and Investment Affairs will pilot the working groups. we are sure to achieve the target goal of production of 250 percent,” said the chairman of the association Deny Mulyono.

Much data related with shrimp farming business is likely to become real in the field. It is said that the more production of vannamei shrimp, the market will likely suffer from oversupply. but it takes several years, the market situation will lead the people to consume shrimp. “The shrimp market is likely to suffer from oversupply. But after two years, starting from now, there would be a growing demand of market. Vannamei is an export commodity. But for domestic market, the label of healthy shrimp should be declared. “Besides that, the best catch delivered right to consumers; to be prioritized. The efforts made for global shrimp consumption will be fruitful,” said Deny.

Meanwhile, Indonesian shrimp producer Rudy Hartanto Wibowo said that his company prioritized to build wastewater treatment plant by investing large sums of money. Wastes produced from the ponds are white feces and uneaten feed, and has created problems of many viruses and pollutants. It will drive the aquaculture into harm. Waterwater treatment plant is a facility in which a combination of various processes (e.g., physical, chemical and biological) are used to treat industrial wastewater and remove pollutants. Wastewater treatment plants produce wastes that contain many potential contaminants. “We built the treatment plant in the farming with large sums of money. We have no choice since we have to maintain the purification, returning the water to the environment to achieve sustainable aquaculture of shrimp. We have to commit for sustainability,” said Rudy Hartanto. 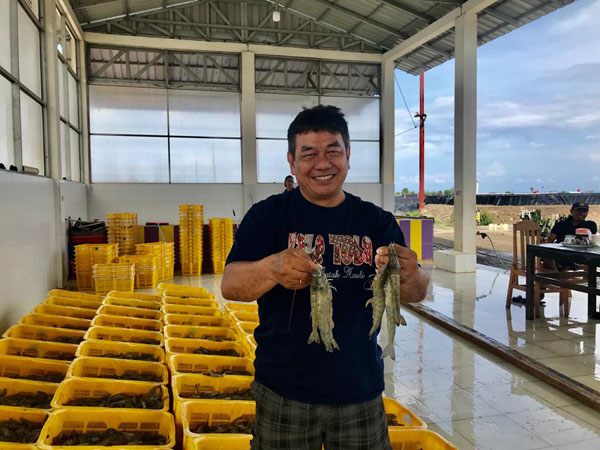 He added that, an effort made to reach good shrimp production, the management of his company prioritizes cleanliness of the pond bottom and feeding area. It takes several days to obtain market size shrimp, thus if the ponds bottom is not managed well during that period, large amounts of organic matter may build up all. If the waste is not all swept to the center of the pond, then the area of the pond bottom that is clean will be smaller and shrimp will not have enough space to live in clean area. “We innovated the treatment plant, and concerned about those adjacent to the areas deemed to be environmentally sensitive of shrimp farms. Therefor we manage to achieve shrimp harvesting,” said Rudy Hartanto. (sl/IM)