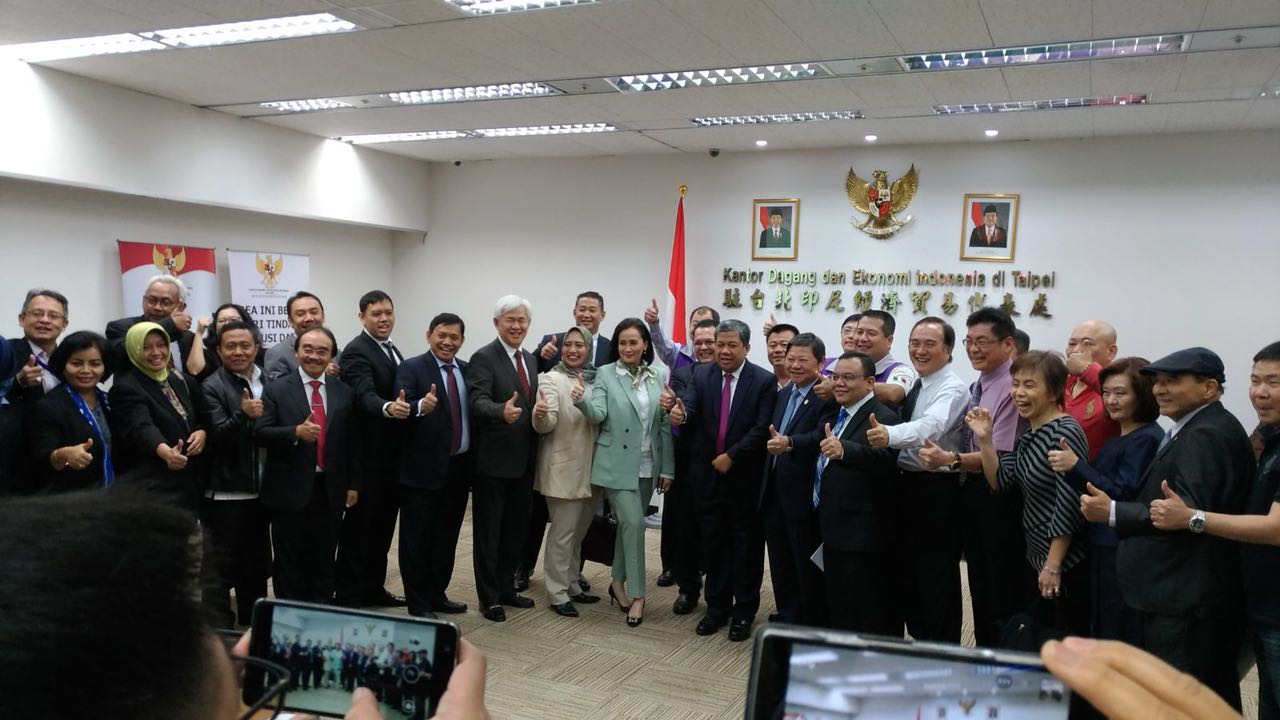 Jakarta, March 6, 2019/Indonesia Media – In Chinese President Xi Jinping’s speech over the Beijing’s call over Taiwan a few months ago, towards peaceful unification and acceptance for ‘must and will be’ reunited, Dave Laksono, a renowned lawmaker for Party of Functional Groups (Golkar Party) and a member if the House of Parliament (DPR) made it crystal clear that Indonesian government insists on having the economic benefit of national interest. “(therefore) we maintain (the value) of trade relationship with Taiwan. There is an economic benefit, resulting from relationship (of trade),” Dave told Indonesia Media on Wednesday (6/3) in Jakarta.

The warning, that China reserved the right to the use of force since Taiwan is self-governed and de facto independent and has been said that undeclared independence from the mainland. Beijing considers the island to be a breakaway province and Presiden Xi’s comments are in line with China’s long-standing policy towards reunification. But Taiwan’s president Tsai Ing-wen said the island would never accept reunification with China under the terms offered by Beijing. President Tsia reiterated that Taiwan will never accept ‘one country, two systems’. “Indonesian government sticks to one China policy, we are referring (the policy) to Mainland China. But we interpret Chinese philosophy, (saying) ‘one enemy is too much, having thousands of friends is too little.’ Therefore we always need to maintain good relationship with anyone. One significant point, that there are 24 thousand Indonesian migrant workers in Taiwan. We need to maintain the economic stability of Taiwan, and it will give benefit for Indonesia,” said Dave.

Besides, DPR’s team monitors the situation of Indonesian migrant workers in Taiwan, and always need to evaluate minimum wage.  There is always a concern over an increase of wage for the country’s migrant domestic workers in taiwan. In August 2015, Taiwan and Indonesia reached agreement on raising the minimum monthly wage of Indonesian domestic workers from NT$15,840 to NT$17,000. After two years, Indonesian domestic caregivers in Taiwan earn NT$17,000 per month on average (2017), while migrant factory workers are paid at least NT$21,009 — in accordance with the monthly minimum wage — which was increased this year from last year’s NT$20,008. “We will not be bothered by the issue of China-Taiwan divide, but our national economic benefit,” said Dave. (sl/IM)