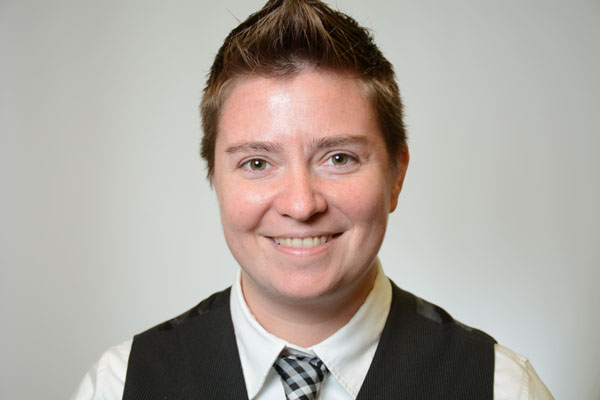 Q: Does the 2020 Census collect data about LGBTQ people?
A: The 2020 Census will collect information about same-sex
couples who are living in the same household.
For the first time, the “relationship to householder” census
question will include the response options “Same-sex
husband/wife/spouse” and “Same-sex unmarried partner.” These
response options will result in more accurate and easily
accessible information about same-sex couples than ever before.
However, the census won’t collect any data about same-sex
couples who don’t live together, nor about transgender people,
nonbinary people, single LGBTQ people or bisexual people in
different-sex couples.
Q: What will the 2020 Census tell us about the LGBTQ
community?
A: Because the census only collects data about same-sex
couples and not about the full LGBTQ community, it won’t tell
us as much as it could. Data on same-sex couples deduced from
earlier decennial censuses did help show racial and ethnic

diversity, geographic distribution, total number in a state or
region and the percent who have children.
Same-sex couples’ experiences don’t always mirror those of the
broader LGBTQ population. For example, the unemployment
rates of same-sex and different-sex couples are roughly
equivalent. However, data on the whole LGBTQ community’s
unemployment rates are higher than for non-LGBTQ people.
Data for subsets reveal even greater disparities: 14.3% of
transgender people received unemployment benefits compared
to 4.3% of cisgender people and 7.2% of LGBTQ women
receive unemployment benefits compared to 4.4% of non-
LGBTQ women, according to the Center for American Progress
(https://tinyurl.com/LGBTQdata). Because census data provide
information only about a small proportion of the LGBTQ
community, the resulting data are limited.
Q: When did the census first collect data about same-sex
couples?
A: In 1990, the Census Bureau added an “unmarried partner”
response option for its “relationship to householder” question.
At the time, LGBTQ advocates launched a campaign
(https://tinyurl.com/taskforce1990) urging people in same-sex

couples to check the “unmarried partner” box on the 1990
Census. The campaign’s stated mission was “to increase public
awareness of the question and pressure the Census Bureau to be
more sensitive to gay and lesbian concerns.”
But rather than publishing data on same-sex couple responses,
the Census Bureau decided that those households had responded
to the gender question erroneously and re-coded one partner’s
gender so the couple showed up in data files as a different-sex
couple.
In 2000, the census once again had an “unmarried partner”
category as part of its “relationship to householder” question.
LGBTQ advocates pressed the Census Bureau to stop re-coding
the gender of same-sex partners in public-use data. The Census
Bureau agreed. However, it did recode same-sex couples that
checked “married partner” to “unmarried partner,” again
justifying it as an attempt to remedy errors.
Q: How do transgender and nonbinary people navigate the
“sex” question on the 2020 Census?
A: The “sex” question on the 2020 Census only allows
respondents to choose “male” or “female.” For some
transgender people and most nonbinary people, this does not

give them an accurate way to portray their gender. And even
when it does, the resulting data tells us nothing about whether
that person is transgender.
Unfortunately, most nonbinary and transgender people have
been forced to navigate a binary sex question on many forms
and surveys in their lifetime. LGBTQ activists continue to
advocate for better data collection on the transgender and
nonbinary community. In the meantime, they work to ensure
that transgender and nonbinary people receive accurate
information about how census data are used and compiled so
they can respond in the way that feels best for them.
Transgender and nonbinary people may benefit from this
information:
 The census encourages self-identification. For every
census question, including the “sex” question and the race
and ethnicity questions, the census encourages respondents
to respond with answers that feel most accurate to them.
 The Census Bureau doesn’t compare responses to
any other records. Some transgender and nonbinary
people have identification documents — like driver’s
licenses or birth certificates — that reflect their gender.

Others have not updated their identification documents.
The Census Bureau respects respondents’ self-
identification on the census form and does not compare
your census responses to any other document or record.
 If the “sex” question is left blank, or both
responses are checked, the Census Bureau will fill in
what it assumes is the “correct” answer. If a form
appears incomplete or inaccurate, the Census Bureau may
follow up to get the form completed. But if it cannot get in
contact with the respondent, it uses “imputation,” a process
that employs statistical modeling to determine the most
likely answer to a question.

Meghan Maury is policy director at the National LGBTQ
Task Force, which currently runs the Queer the Census
Campaign. Meghan received a law degree from Georgetown
University Law School, an associate’s degree from Holyoke
Community College, and bachelor’s and master’s degrees from the University of Massachusetts.( IM ) )