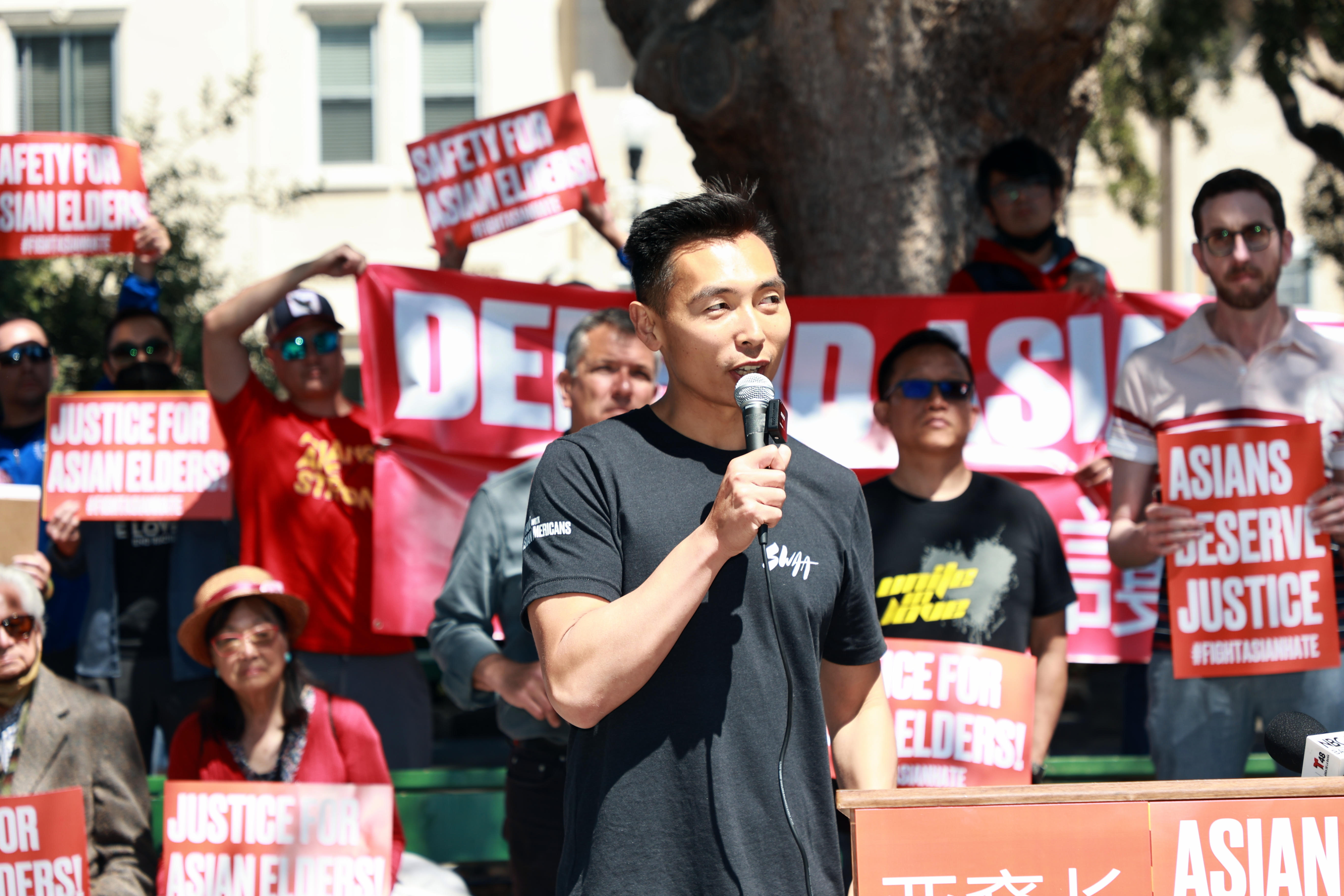 Zhu co-founded Iterable, a marketing automation platform company based out of  San Francisco. In only eight years, he led the company through enormous success, growth, funding and visibility – and ultimately to a $2 billion valuation in 2021. As alleged in the lawsuit, even at these heightened levels of success, Zhu encountered overt and coded anti-Asian discrimination, complaints over which ultimately contributed to his being replaced.

“Asian Americans aren’t just workers, we’re also leaders,” said Zhu, who co-founded the national advocacy group Stand with Asian Americans, which tackles workplace justice issues for Asian Americans. “If I faced this kind of discrimination after starting and building a successful company, think about how pervasive anti-Asian racism is across the workplace.”

As the complaint details, once Zhu had brought the company to increased levels of success and a bigger public profile, he was repeatedly told for almost two years that he did not look enough like a CEO, while being told that his Caucasian COO did. He received feedback that fell along the lines of common stereotypes about Asian Americans: He was “not passionate enough,” “not forceful enough,” “conflict averse” and needed “more presence.” A leading investor went as far as suggesting that Zhu instead be the company’s chief technology officer, a leadership role that is responsible for the company’s product but is not the face of the company.

Anti-Asian discrimination has long been misunderstood and overlooked, especially in the technology industry. Asian Americans make up the largest racial cohort in the tech industry, but are the least likely to become managers and executives. In fact, white men and women are twice as likely to become executives compared to Asians. The stereotypes that Zhu faced are consistent with well-recorded data about discrimination against Asian Americans in workplaces that prevent them from reaching or retaining levels of leadership for reasons unrelated to their quality of work. Zhu was also explicitly told that he needed to sacrifice himself for the good of the company, echoing yet another limiting stereotype about the role Asian Americans play in the workplace.

The complaint further explains that after a successful $200 million funding round, Zhu spoke to a reporter for a potential profile piece, and shared that he had faced anti-Asian discrimination and that nearly two years ago he had tried microdosing – a practice ubiquitous in Silicon Valley – to treat depression. Iterable responded by replacing Justin. The lawsuit alleges that Iterable unlawfully retaliated against Justin for raising anti-Asian discrimination and requesting a reasonable accommodation for his depression.

“This has been a journey of awareness for me. Like so many other Asian Americans over the last couple years, I’ve been reckoning with my experiences of racism and the surprising psychological pain. It took time for me to recognize the unbelievable amounts of racism entrenched in seemingly polite offices and board rooms,” said Zhu. “But I feel responsible to my community to put the truth on the record. The more we all confront the reality of workplace discrimination, the better equipped we are to overcome it.”

“The core truth of Justin’s story is that he is far from alone. We know his experience represents and resonates with many others who have experienced a kind of everyday racism that is pervasive and runs rampant in the workplace, as it does on the streets,” said Charles Jung, a partner at Nassiri & Jung LLP representing Zhu. “Asian Americans have had it with being treated as second-class citizens. Increasingly, they are speaking about the racism they face, and they are challenging it. We hope Justin’s case encourages others to come forward with their stories.”

“The Asian American community has had enough. The cost of silence on our health—both individually and as communities—has gotten too high,” continued Zhu. “So we are bravely and boldly standing up to speak out against the racism and retaliation in our workplaces and make workplace injustice a thing of the past.”

Members of the AAPI communities who believe they have faced discrimination at work can reach out to Stand with Asian Americans, which is dedicated to shining a spotlight on anti-Asian hate in the workplace, uplifting the AAPI community’s experiences, and holding anti-Asian employers accountable at http://standwithasianamericans.com/report.

Stand with Asian Americans is the largest coalition of Asian American entrepreneurs, investors, business leaders and activists that are united in our mission to drive justice & equity for all. Anyone can get involved to use their ingenuity and talent to galvanize the next generation of Asian American activism. Please visit https://standwithasianamericans.com/ to learn more.