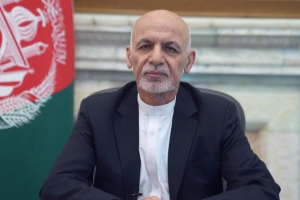 One unit shared pictures of the palace interior — intact, but empty and apparently abandoned by Afghan officials — on an official Telegram account.
Taliban representatives had been in talks with the government for hours over who would rule the nation, following the militant group’s strikingly rapid advance across the country, in which it seized power over dozens of key cities, often with little to no resistance. 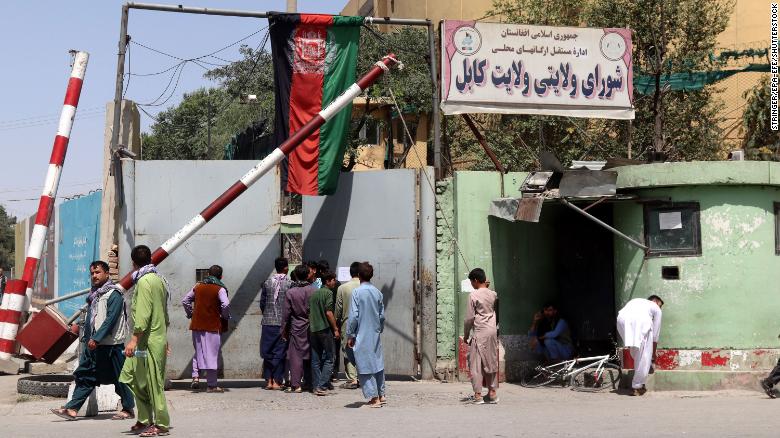 Afghans in Kabul rushing home after news broke the Taliban had reached the outskirts of the Afghan capital on Sunday.
It was not immediately clear where President Ghani was going, but his departure signals a likely end for his embattled government.
Afghanistan’s acting defense minister, General Bismillah Mohammadi, slammed the departing president in a brief tweet Sunday, writing: “They tied our hands behind our backs and sold the homeland, damn the rich man and his gang.”
Spokesman Zabihullah Mujahid said earlier that Taliban forces would begin entering areas of the city where government officials and security forces had abandoned their posts, to impose order.
“This morning the Islamic Emirate released a statement that our forces were outside Kabul city and we did not want to enter Kabul through military ways,” he said. “However, now we are getting reports that the district police offices are evacuated, police has left their job of ensuring the security, also the ministries are emptied and the security personnel of the Kabul administration has fled.”
The Taliban’s decisive takeover of the country and the US’ drawdown of its forces is a bitter end to nearly two decades of war that cost many lives, resources and little progress in state building.
The US’ withdrawal from the country opened a clear path for the Taliban to take on and defeat the Afghan security forces. Many major cities fell with little to no resistance, including the key city of
Jalalabad, which the Taliban seized on Sunday. 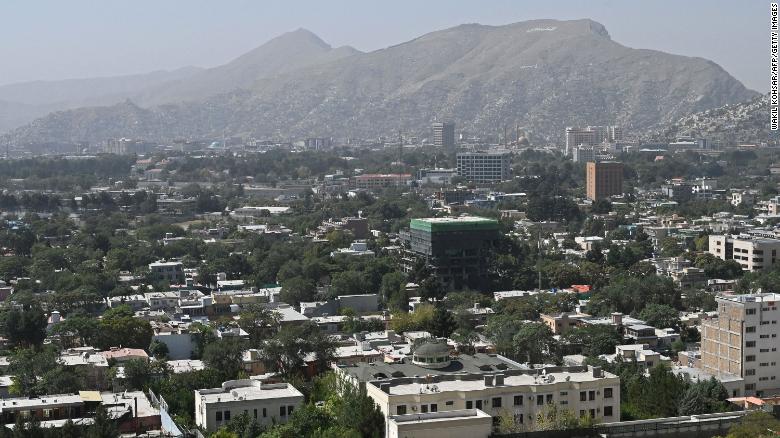 A general view of Kabul on Sunday.
The country is now facing the Taliban’s return to power, which, if it’s anything like it was in the 1990s, would mean a deterioration in civil liberties, particularly for women and girls whose freedoms grew under the civilian government.
A source at the Afghan presidential palace told CNN earlier Sunday that eight or nine representatives of Taliban were currently inside the palace, including Anas Haqqani, a brother of the deputy Taliban leader Sirajuddin Haqqani.
Acting Afghan Interior Minister Abdul Sattar Mirzakwal said Sunday that Kabul would not be attacked and that the government will shift power peacefully to a transitional administration, though he did not say what a transitional government may look like.
But with so much territory now in hand, the Taliban has little reason to agree to a transitional government. It may demand a full transfer of power.

Chaotic scenes as US evacuates staff

The US, which launched a major operation to evacuate its embassy staff from the capital, appears to have been caught off guard by the sheer speed the of the Taliban’s push toward Kabul. On Sunday, two sources familiar with the operation to evacuate US personnel from the embassy in Kabul said all staff there would be pulled out over the next 72 hours, including the top officials.
That deadlineis a rapid acceleration of the process that was only announced on Thursday, when US President Joe Biden said he would send 3,000 troops to arrive by the end of Sunday. On Saturday, Biden increased that number, authorizing 5,000 in total as the Taliban circled in on Kabul.
US Special Representative for Afghanistan Zalmay Khalilzad had requested that Taliban fighters not enter Kabul until the US citizens are evacuated, according to a source familiar with the discussions.
A witness who spoke to CNN described chaos at the Hamid Karazi International Airport, from where throngs of foreigners were trying to board planes out of the country.
“There are big crowds trying to get in and at one stage shooting erupted,” the witness said, but could not say where the shooting had come from.
“There was also a warning of a ground attack and we were in a bunker for the past hour, but now it is all clear,” the witness added. “It’s all foreigners here. One young European woman was freaking out.”
The airport has become the focus of much international attention as foreign governments work to evacuate citizens.
Following reports of gunfire at the airport, the US embassy instructed all American citizens still in the country to shelter in place. “The security situation in Kabul is changing quickly including at the airport,” it said in a security alert. “There are reports of the airport taking fire; therefore we are instructing US citizens to shelter in place.” 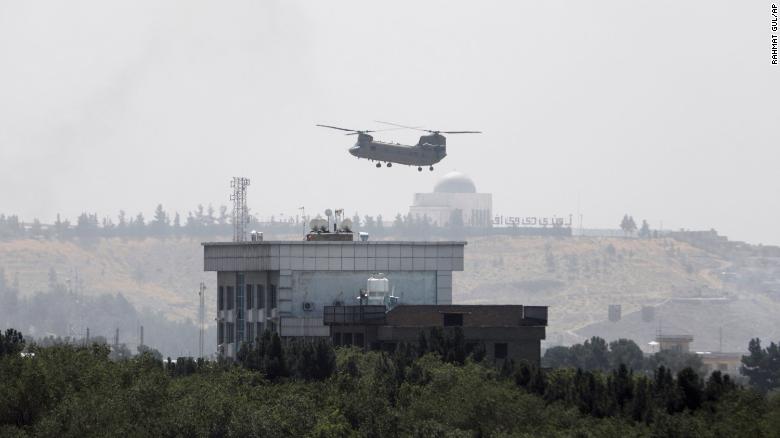 A US Chinook helicopter flies near the US Embassy in Kabul on Sunday during an operation to evacuate embassy staff.
The majority of US Embassy staff are already out of the diplomatic compound now and are at the airport, a US official told CNN. The embassy’s flag has already been taken down.
The French embassy has been relocated to a site at the airport due to security concerns, according to a statement issued on Sunday by French Foreign Minister Jean-Yves Le Drian.
And the UK ambassador to Afghanistan remains in Kabul with staff in order to help UK nationals to leave the country, according to the foreign office.
A source at the airport in Kabul also told CNN that a number of high-ranking Afghan officials, including some of Ghani’s advisors, had arrived at the VIP lounge earlier and were waiting for a flight out of the city. Their destinations are unknown.
A small number of core personnel, including the top US diplomat in the country, will remain at Kabul’s airport for now, two sources who spoke to CNN on the evacuation said. The US embassy in Kabul will be shuttered — at least for the time being — by Tuesday.