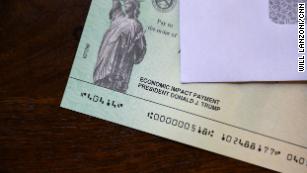 President Donald Trump signed the massive $2.3 trillion coronavirus relief and government funding bill into law Sunday night, averting a government shutdown that was set to begin on Tuesday, and extending billions of dollars in coronavirus aid to millions.

Trump’s signature of the $900 billion Covid relief package extends unemployment benefits for millions of
jobless gig-workers and independent contractors, as well as the long-term unemployed.
The estimated 12 million people in two key pandemic unemployment programs, who were facing their
last payment this weekend, will now receive benefits for another 11 weeks. Plus, all those collecting
jobless payments will receive a $300 weekly federal boost through mid-March.
However, because Trump did not sign the bill on Saturday, those in the Pandemic Unemployment
Assistance and the Pandemic Emergency Unemployment Compensation programs will likely not receive
a payment for the final week of the year. And the $300 federal enhancement may only last 10 week
instead of 11 weeks for most folks. That’s because states can’t provide benefits for weeks that start
before programs are authorized, but the legislation calls for the extra payments to end on March 14.
Also, because Congress waited until late December to strike a deal, those in the two pandemic
unemployment programs will likely experience a break in payments of several weeks while state
agencies reprogram their computers. But the benefits are retroactive.
The Covid-19 relief legislation was passed by Congress on Monday and was flown to Mar-a-Lago on
Thursday to await Trump’s signature. But after sitting on the sidelines during the negotiations, Trump
emerged with an eleventh-hour complaint that a separate provision in the deal, which the President’s
own White House helped broker, would only provide up to $600 in direct payments. Trump wanted to
send out $2,000 checks. Trump also took umbrage with certain items that were actually from the
omnibus spending package and which he had requested in his annual budget to Congress.
Trump signaled in a statement Sunday night that he signed the coronavirus relief bill only after securing
a commitment for the Senate to consider legislation to increase stimulus checks from $600 to $2,000.
Senate Majority Leader Mitch McConnell, however, did not reference that commitment in his own
statement Sunday night praising the President for signing the relief bill.
House Speaker Nancy Pelosi had seized on Trump’s call for $2,000 checks last week and brought to the
floor a standalone bill that would have boosted the amount for relief checks on Thursday. House
Republicans, however, objected to the bill over deficit concerns.
The Democratic-led House is set to vote on the expansion of the direct payments on Monday.
Calling the President’s signing of the relief bill “welcome news” for Americans whose benefits had
lapsed, Pelosi said in a statement Sunday that Trump should “immediately call” on Republicans “to end
their obstruction and to join him and Democrats in support of our stand-alone legislation to increase
direct payment checks to $2,000.”
Trump also claimed that the Senate will consider legislation that “repeals Section 230, and starts an
investigation into voter fraud,” though it is not clear what that legislation would be. There is no evidence
of widespread voter fraud in November’s election.
Trump last week vetoed the National Defense Authorization Act — which passed both chambers of
Congress with veto-proof majorities — in part because of his frustration over Section 230, a law that
shields internet companies from liability for what is posted on their websites by them or third parties. The
House is expected to act Monday to override Trump’s veto. But House Minority Leader Kevin McCarthy
has suggested many Republicans won’t vote to override Trump’s veto, despite having voted for the bill
itself, so it’s unclear if the override attempt will be successful or if the veto will stand.
Trump also said in his Sunday statement that he would submit a request for Congress to cut specific
spending items in the Covid relief and government funding package, a nod to his litany of complaints
about foreign aid. But that request, beyond freezing new spending on the specified items for a period of
45 days, will have no meaningful effect. Trump will be out of office before Congress could act on any of
his requests. 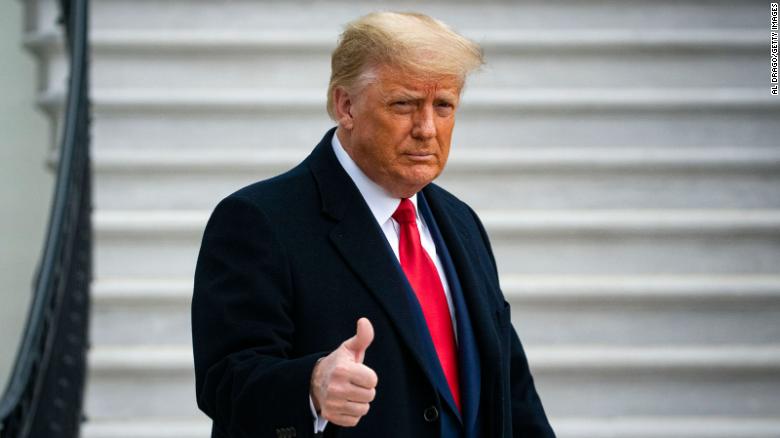 Trump chooses chaos with delayed signature of Covid relief bill
The relief package extends two programs that were part of the historic expansion of the nation’s
The Pandemic Unemployment Assistance program allowed independent contractors, the self-employed,
freelancers and gig workers to qualify for up to 39 weeks of payments. It also opened up the program to
those who can’t work because of the pandemic, including if they or family members are ill or
quarantining or if their children’s schools are closed.
And the Pandemic Emergency Unemployment Compensation program provided an additional 13 weeks
of federally paid benefits to those who run out of state payments, which typically last 26 weeks. The
programs technically would have expired on December 31.
The third CARES Act measure — an extra $600 a week in federal payments — expired at the end of July.
The new stimulus deal extends the two pandemic programs for up to 11 weeks. Each closes to new
applicants on March 14, but continues through April 5 for existing claimants who have not yet reached
the maximum number of weeks.
The relief package also extends eviction protection to January 31 and provides $25 billion in rental
assistance for those who lost their sources of income during the pandemic.
A US Centers for Disease Control and Prevention order halting some evictions was set to expire at the
end of the year. Since the order does not cancel or freeze rent, all of a tenant’s back rent would have
been due January 1 if the moratorium had been allowed to expire. Without rent relief or an extension of
the protection, many struggling renters would again face eviction.
An estimated 9.2 million renters who have lost employment income during the pandemic are behind on
rent, or 23% of such renters, according to an analysis of Census Bureau data by the Center on Budget
and Policy Priorities.

Trump signed the bill almost a week after calling it a “disgrace” and demanding Congress amend the
legislation. Trump’s complaints came only after Congress passed the bill with a veto-proof majority and
after the President stood on the sidelines during weeks of negotiations.
Aides had prepared for the President to sign the bill as early as Christmas Eve, when it arrived at Mar-a-
Lago for his signature. But the plan was scrapped at the last minute, two sources with knowledge of the
circumstances told CNN.
In anticipation of the signing, the smaller of Mar-a-Lago’s two ballrooms was prepped for a 7 p.m.
ceremony, complete with a desk and chair for Trump to sit, and his customary pens at the ready,
according to the source.
However, as the hour approached, aides were informed the President would not be signing the relief bill
that evening. One source told CNN that Trump had “changed his mind.”
The country, Congress and many of Trump’s closest aides and advisers had remained in the dark as to
what he intended to do. He had not offered any clarity since posting the video objecting to the bill on
Tuesday night.
When a deal was struck between congressional leaders, Trump’s aides had signed off believing the
President was on board, though two officials previously told CNN they did not believe he was walked
through the package in detail.
In fact, throughout his video message asking Congress to amend it, Trump railed against several
provisions that were part of the omnibus spending bill, not the Covid relief bill.
“It is called the Covid relief bill, but it has almost nothing to do with Covid,” the President said at one
point.
While the omnibus spending bill — which appropriates money for all the federal agencies for the rest of
the fiscal year — was combined with the stimulus deal, funds allocated to the omnibus bill don’t mean
less is available for the Covid relief bill.
Still, the President had publicly maintained his opposition to the legislation — leaving small business
support, jobless benefits and relief checks for millions of Americans in limbo.( CNN / IM )