A man holding a gun on a French female soldier at Orly Airport shouted, “I am here to die in the name of Allah … There will be deaths,” before two of the soldier’s comrades shot the attacker dead Saturday morning, a prosecutor told reporters.

None of the soldiers were wounded, Paris Prosecutor Francois Molins said. The suspect, identified by Molins as Ziyed Ben Belgacem also is accused of shooting a police officer earlier in the day when he stole the officer’s weapon. That officer has non-life-threatening wounds, officials said.
Molins said the suspect had been imprisoned several times on violence and theft convictions, including one five-year stint that began in 2009.
French terrorism investigators will lead the inquiry into the attacks, Molins said.
When Belgacem got to Orly Airport in the southern outskirts of Paris, he went to the South Terminal, carrying a weapon and a can of gas in his rucksack, Molins said.
He grabbed the female soldier and used her as a shield. They struggled over her weapon, the prosecutor said. With the soldier down on her knees, the suspect rose enough for the other two soldiers to shoot him several times. The whole scene unfolded in just a couple of minutes, Molins said.
Three relatives of the suspect were later taken into custody, Molins said. Belgacem’s plans are unclear, he said, adding that an investigation will determine whether he acted as a “lone wolf.”

Prior attack on Saturday

Molins said Belgacem was involved in several incidents before heading to the airport.
• 6:55 a.m.: Shoots police officer after being stopped for speeding and driving with headlights turned off near Stains, in northern suburbs of Paris.
• Time not given: Goes to a bar in Vitry-sur-Seine where he had been until 3 a.m. and fires four shots with gun stolen from police officer. No one is wounded.
• Short time later: Drives from bar (where he leaves cell phone), carjacks a new vehicle
8:06 a.m. — Arrives at Orly airport
About 16 minutes later, Belgacem assaulted the soldier.
Hours after the airport incident, police launched an operation in the same northern Paris suburb where the officer was shot, the National Police tweeted. The agency did not specify the reason for the operation.
Police were questioning Belgacem’s father and brother, Thibault-Lecuivre said. The attacker, who was born in 1978, was under supervision by authorities, Molins said, echoing Interior Minister Bruno Le Roux’s earlier comments that Belgacem was known to intelligence services

French Defense Minister Jean-Yves Le Drian commended the soldiers who responded to the airport threat.
They responded with “remarkable professionalism and self-control” to protect their colleague and the public, he said.
Paris Orly Airport
This was the fourth attack against security forces deployed as part of France’s Operation Sentinel, Le Drian said.
The national security operation was launched following the Paris terror attacks in January 2015; France has been under a state of emergency since November that year. ( CNN / IM ) 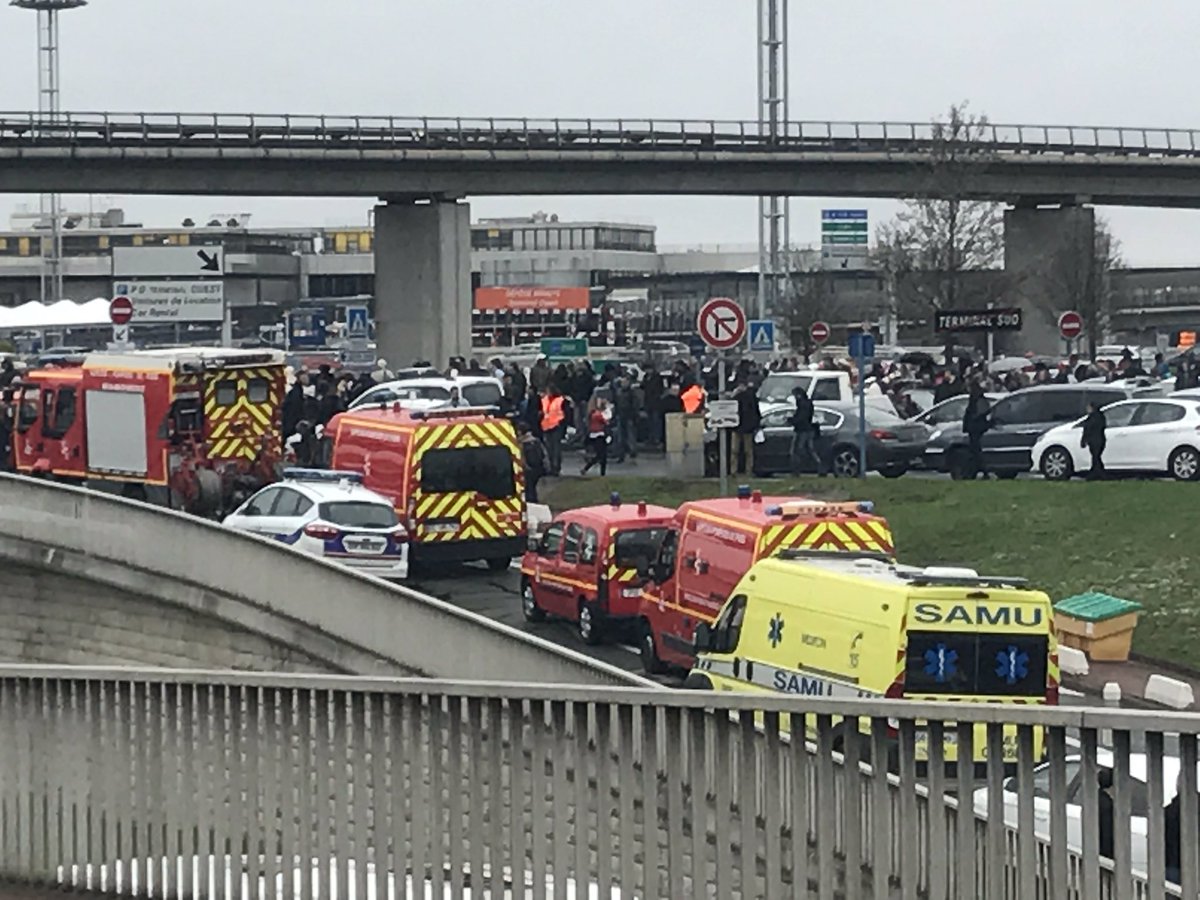 2 thoughts on “Paris Orly Airport: Assailant shouted ‘I’m here to die in the name of Allah”