An Ohio State student crashed his vehicle into pedestrians on the Columbus campus Monday, then slashed students with a butcher knife before being fatally shot by a university police officer, authorities said.

Nine people were rushed to hospitals and one was in critical condition, according to university Police Chief Craig Stone.

The drama began shortly before 10 a.m. ET, when the suspect deliberately drove over a curb and began his attack, Stone said. He said the officer arrived about a minute later and engaged the suspect.

“We are very fortunate that an OSUPD officer was there and took quick action,” Stone said.

Monica Moll, the university’s public safety director, identified the assailant as Abdul Razak Ali Artan, a student at the school. Multiple media outlets including NBC News and the Associated Press, citing sources who requested anonymity, described him as an native of Somalia living in the United States as a legal permanent resident.

He was shot by Officer Alan Horujko, 28, who has been on the university force for almost two years, Moll said.

Columbus Police Chief Chief Kim Jacobs, whose officers also responded to the attack, said terrorism had not been ruled out. “That’s why our federal partners are here and helping,” she said.

Police respond to reports of an active shooter on campus at Ohio State University on Nov. 28, 2016, in Columbus, Ohio.  Tom Dodge, The Columbus Dispatch, via AP

Police respond to reports of an active shooter on campus at Ohio State University on Nov. 28, 2016, in Columbus, Ohio.  Tom Dodge, The Columbus Dispatch, via AP
Fullscreen

“Buckeye Alert: Active Shooter on campus. Run Hide Fight. Watts Hall. 19th and College” the university’s emergency management agency tweeted within minutes of the attack. “Run hide fight” is emergency protocol used to warn people to flee if possible, hide from the shooter and, if all else fails, fight for your life.

Stone said it did not immediately appear that the attacker used a gun. The alert, however, apparently was sent after the suspect was fatally shot.

A short time later, the agency tweeted a warning to “Continue to shelter in place in north campus area. Follow directions of Police on scene.”

A SWAT team, K9 and bomb squad units and scores of law enforcement officials descended on the sprawling campus. Less than two hours after the first alert, university police said the shelter-in-place order was lifted and the “scene was secure.” Classes were canceled for the rest of the day.

“We prepare for situations like this, but we hope we never have one,” school President Michael Drake said.

Student Harrison Roth tweeted a picture from inside a classroom, with chairs stacked up to block the door.

“I’m safe in a barricaded room,” he said in the tweet. “If you’re on campus, get in a room and stay safe.”

Freshman Meredith Johnson, 19, was in a psychology class when the university alert popped up on her teacher’s power point screen. The teacher and students thought it might have been a scam, she said.

“Three or four minutes later we got the text,” Johnson said. “Stay indoors. Active shooter. That’s when I started freaking out.” 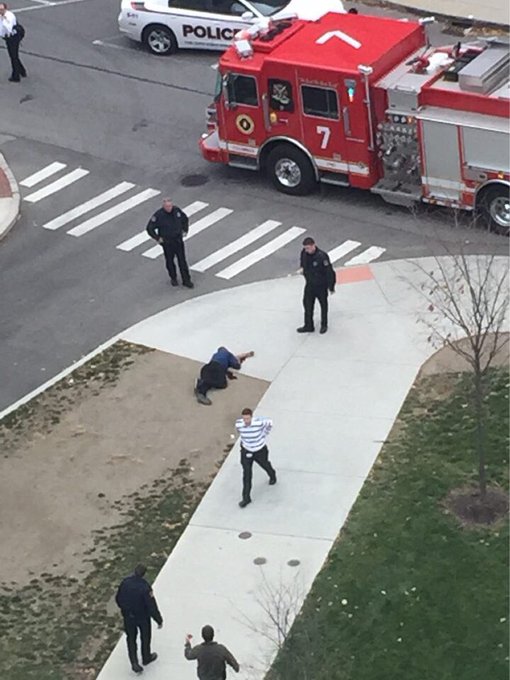 Peterson Pierre, a junior biochemistry major, said he woke up to the campus alert. He and his roommate decided to go outside and see what was happening.

“We saw a body covered with a white sheet,” Pierre said.

Other students hunkered down in their apartments, waiting for the threat to pass.

“It’s honestly kind of terrifying because I was at home and away from my phone at the time,” said Jenny Chen, who stayed in her apartment about two blocks from Watts Hall, listed on the school’s website as a Materials Science and Engineering building.

“I got flooded with messages … asking me if I was safe and I didn’t even realize this was happening,” said Chen, a senior. “Now I’m just scrambling to make sure that people I know are safe as well.”

Victoria Morishita, a senior studying logistics management student, said she was off campus, but her phone quickly loaded with texts from people near the scene.

“I was scared because it happened near our CBEC and business building and a lot of my friends were there,” she said.

Facebook activated its safety check, entitled “The Violent Incident in Columbus, Ohio,” allows those in the area to mark themselves “safe,” “unsafe” or “outside the affected area” with the click of a button. Users can also invite friends to mark their safety status. 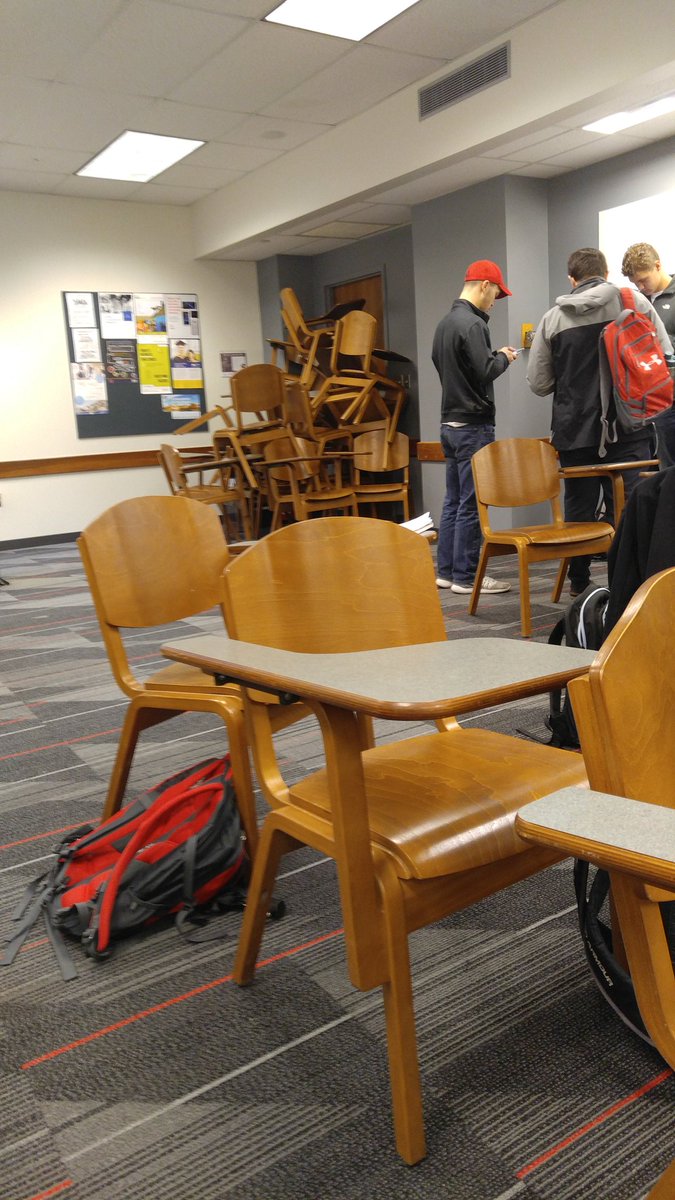 “We are all Buckeyes. Our thoughts are with all of @OhioState and Columbus today,” tweeted the Cleveland Cavaliers basketball team.