Businessman insists shortcut to develop the industry by revoking the decrees 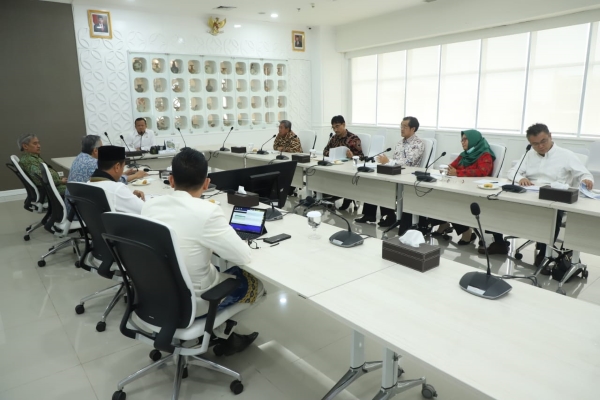 Jakarta, March 22, 2020/Indonesia Media – Indonesian businessman, Tanto Hermawan has called for an all-out, effective solution on the part of the Ministry of Fisheries and Marine Affairs (KKP) to develop the industry by revoking the decrees which likely created unconducive business environment. In this case, the Ministry should build efficient frontier in which summarize the portfolios of investment. “the ban on shrimp trawl net and the trawler as well, must be revoked. The former minister, Susi Pudjiastuti imposed on the restriction of the trawler’s gross tonnage to 100 GT in maximum. (the restriction policy) must be revised,” said Tanto Hermawan.

He reiterated that the burden of operational costs, and also the time, fish quality would be efficient if decision will be made straight by Indonesian President Joko ‘Jokowi’ Widodo. “I rushed to catch morning flight from Semarang’s airport for Jakarta, straight (heading to) the Ministry of Fisheries and Marine Affairs (St. Medan Merdeka Timur), attending the meeting with Minister Edhy Prabowo. At noon time, around 1 p.m., I rushed to catch the flight back to Semarang, from Halim (International airport Halim Perdanakusuma, east Jakarta) by Citilink. I really need an assurance, and I wish President Jokowi (Indonesian President Joko Widodo) will agree and sign (revised ministerial decree). Business will run smoothly and then (investment) will be safe,” said Tanto Hermawan.

Minister Edhy Prabowo previously met with five members of the Association of Indonesian Shrimp Trawling (HPPI) a few days ago. The complained about the moratorium on fishing licenses for shrimp trawl net and the trawler in which the (fishing) operation has been banned in maximum. The ban is effective for Indonesian Fisheries Management Area 718 (WPP NRI 718), with a span of Aru, Arafura and the east of the Timor Sea. The area was said to have the most fishery potential in Indonesia. The association was sure that the potential of shrimp in the area reached 50,250 (fifty thousand, two hundred and fifty tons), equivalent to Rp 10 trillion (around 620,000,000. US Dollar). All of the trawlers belong to the Association have passed an assessment and evaluation in trawl fisheries bycatch. But most of the trawler made in foreign countries are prohibited from operation. “(The ban on shrimp trawler and restriction of the volume by 100 GT) was prepared by the previous minister, in a form of Ministerial Decree. The result of our meeting, we are supposed to wait for the decision made by internal discussion among officials at the Ministry. Even though, there are a lot of decrees, prepared by the previous minister, (namely) Susi Pudjiastuti. and the decrees have killed business growth of fisheries industry. We hope that President Jokowi’s decision would be effective soon. So export business of shrimp starts to grow again,” said Tanto. (sl/IM)