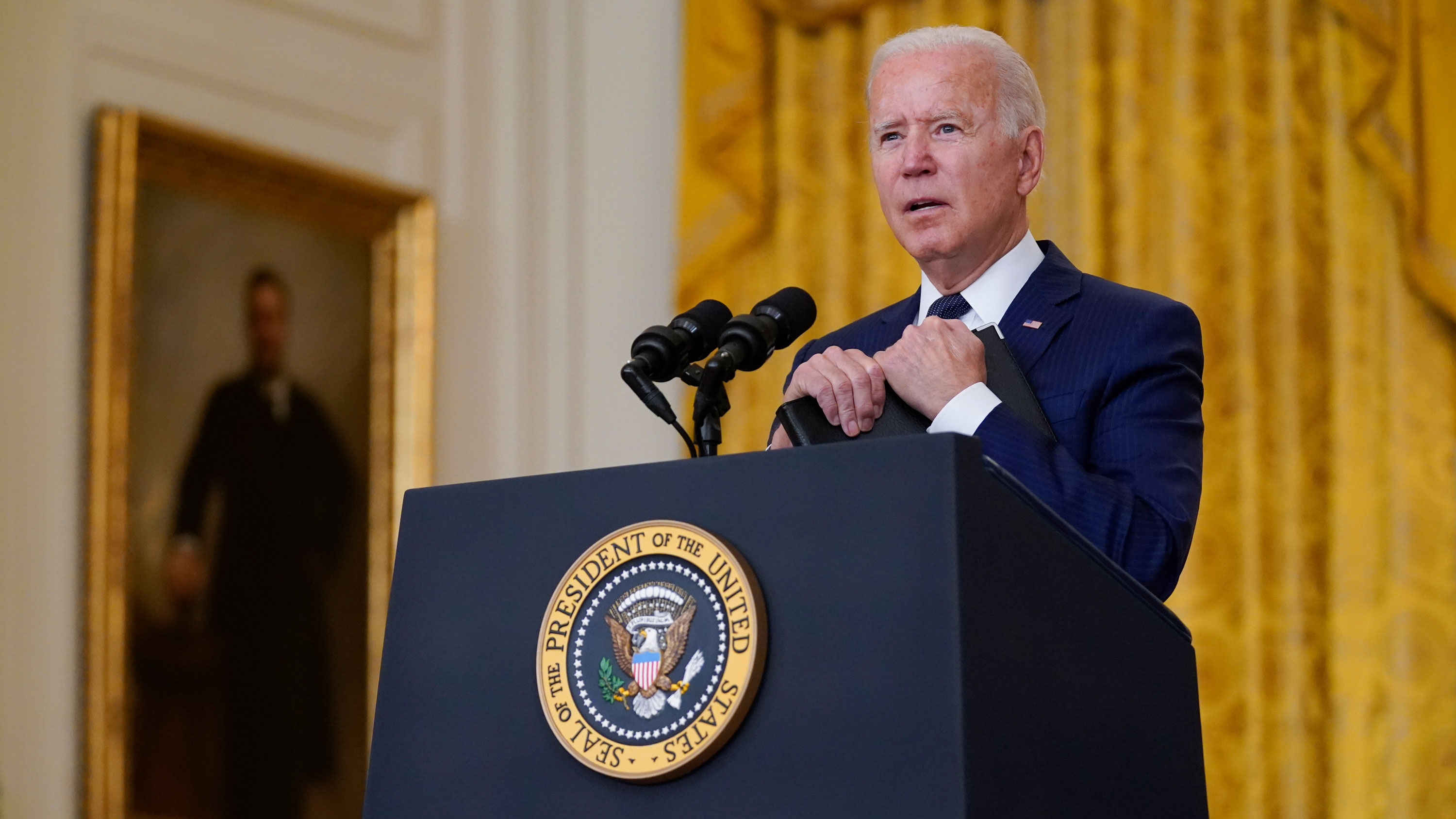 President Joe Biden answers questions from members of the media about the bombings at the Kabul airport that killed at least 12 U.S. service members, from the East Room of the White House, Thursday, Aug. 26, 2021, in Washington. (AP Photo/Evan Vucci)

President Biden said he squarely stands by his decision to withdraw from Afghanistan.

“I have never been of the view that we should be sacrificing American lives to try to establish a democratic government in Afghanistan, a country that has never once in its entire history been a united country,” Biden said.

“Our interest in going was to prevent al Qaeda from reemerging, first to get [Osama] bin Laden, wipe out al Qaeda in Afghanistan, prevent that from happening again. As I’ve said 100 times, terrorism has metastasized around the world. We have greater threats coming out of other countries, a heck of a lot closer to the United States,” Biden said.

“Ladies and gentlemen, it was time to end a 20-year war,” he added.

President Biden said today’s attack near the Kabul airport will not stop the US’ mission to evacuate American citizens and Afghan civilians from Afghanistan.

Biden said his commanders on the ground have “made it clear that we can and we must complete this mission and we will, and that’s what I’ve ordered them to do.”

“We will not be deterred by terrorists. We will not let them stop our mission. We will continue the evacuation,” Biden said.

“We will respond with force and precision at our time, at the place that we choose and at the moment of our choosing,” he said.

The President stressed that he is was confident in the US’ completion of the mission.

“Here’s what you need to know. These ISIS terrorists will not win. We will rescue the Americans in there. We will get our Afghan allies out and our mission will go on,” the President said. “America will not be intimidated, and I have the utmost confidence in our brave service members that continue to execute this mission with courage and honor to save lives and get our Americans and partners and our Afghan allies out of Afghanistan.”

US officials believe the group, ISIS-K, was likely behind today’s attack but are still working to confirm its involvement, according to a senior US official and another source briefed on initial assessments. The second source told CNN it may take a few hours before US officials are able to identify the specific individuals who carried out the apparent suicide bombing.

The US believes ISIS-K, which is a sworn enemy of the Taliban, wants to create mayhem at the airport and has intelligence streams suggesting it is capable and planning to carry out multiple attacks, a defense official told CNN Wednesday.( CNN / IM )