If you focus only on the averages, life in the typical American town frankly doesn’t seem so hot right now. The median home continues to lose value. Cash-strapped state and local governments are cutting services. And unemployment, at 9.3%, is still high.

But those bummer statistics obscure one important-and encouraging-fact: There are plenty of outliers. MONEY found them through its annual search for the best places in America, which this year focused on the nation’s small cities (those with populations of 50,000 to 300,000). Reporters crunched reams of data to find the optimal combo of job opportunities, fiscal strength, top-notch schools, low crime, good health care, lots to do, and many other factors that help make a town great for raising a family.

And because numbers don’t tell you anything about charm and community spirit, reporters visited 30 of the highest-ranked towns in person. Those that made the cut landed on MONEY’s top 10 list. As you’ll see, these places are anything but average. 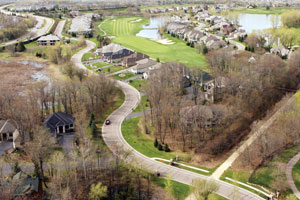 Why is Eden Prairie No. 1 this year? Not only is it family-friendly, it has a dynamite economy too.

At 5.1%, its unemployment rate is nearly one percentage point below the county rate and more than four points below the national average. It helps when you’ve got 50,000 jobs right in town.

While it doesn’t have much of a downtown, there’s plenty of outer beauty: from gently rolling hills to 17 lakes that residents flock to year-round for swimming and ice skating. Town parks are laced with 125 miles of running, hiking, and biking trails.

No wonder residents rank among the healthiest people in the nation. Add in top-notch schools and safe streets and you’ve got a place that’s tough to beat. 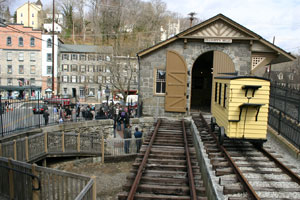 Ellicott City boasts grand homes, a lovely 18th-century downtown, and lots of restaurants. Columbia offers a wide range of housing, tons of parkland, and a major music venue. But those varied amenities are far from the only reasons this duo has risen to No. 2 from No. 8 in 2008. It’s also an economic powerhouse with a jobless rate just as enviable as Eden Prairie’s.

The nearby National Security Agency and the Fort Meade Army base together account for more than 8,000 jobs, and the government plans to move thousands more positions there by next year. Baltimore and D.C. are within commuting distance (30 and 60 minutes, respectively).

As for housing, the foreclosure rate is one of the lowest in Maryland, yet homes are affordable — by Northeast standards, anyway. Factor in excellent schools and a diverse population (17% of residents are black, 14% Asian), and you can see why this place has become a magnet for families.

Even empty nesters like Alma, 46, and Elmer Gill, 54, who have lived in Columbia for 14 years, appreciate the town’s appeal. Says Alma: “There’s no other place we’d want to live.” 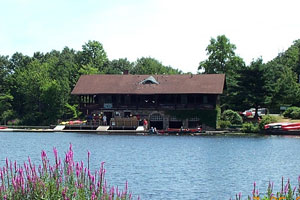 Less than 45 minutes from downtown Boston via train, subway, or express bus, Newton is divided into 13 “villages” loaded with classic New England charm. Most have pedestrian-friendly shopping districts, parks, and playgrounds.

The town weathered the economic downturn fairly well, thanks to such stable local employers as Boston College and Newton-Wellesley Hospital. And Greater Boston, of course, offers a wealth of health care, education, and government jobs.

Residents rave about the top-ranked schools, and parents are excited for the new high school opening this fall. “It’s absolutely beautiful,” says Claudia Wu, 51, an attorney with three school-age kids who has lived in Newton for 20 years. It should be: The school cost $197 million, an amount that sparked plenty of local outrage.

After all, living in this community is expensive enough: a three-bedroom house runs nearly $600,000. If it weren’t for those hefty price tags, this town would be pretty close to perfect. 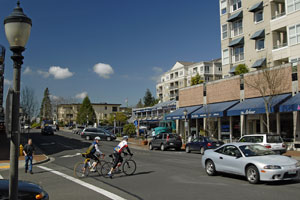 If forested cityscapes are your thing, this is your kind of place. Bellevue’s compact downtown bristles with new skyscrapers that seem to hover above Lake Washington — and when the clouds part, mountain views loom.

Real estate isn’t a bargain, but the town’s jobless rate is more than two points below that of the Seattle metro area, thanks to a recent influx of jobs from such employers as Microsoft (which has moved 6,500 positions here), T-Mobile, Verizon, and Expedia. In fact, Bellevue has more jobs than it does residents.

And the population is diverse: Nearly a quarter of residents are Asian, and nearly a third are foreign born.

The town’s high schools consistently land at the top of state rankings; despite school funding cuts throughout Washington, the town has been able to enhance special ed and gifted programs. There’s an embarrassment of arts and entertainment riches, including a philharmonic orchestra, fine arts museum, children’s museum, botanical garden, youth theater, annual jazz festival, and 74 (!) parks. 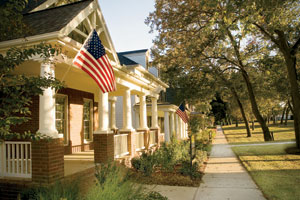 Lots of towns near Dallas have low crime, affordable homes, and good jobs; McKinney is no exception. What makes it stand out is its gem of a downtown. Lovingly restored 19th-century buildings house restaurants, boutiques, and galleries; the 1875 courthouse contains a new performing-arts center.
McKinney’s employment opportunities are robust, sparing many residents a rush-hour drive of up to an hour to Dallas. Defense contractor Raytheon has a 3,700-person division here, and a mix of businesses in financial services, medical technology, and eco-friendly manufacturing are moving in.

Though McKinney has grown like mad over the past decade, you’d never suspect it when driving through its tree-filled communities surrounded by ponds, parks, and hiking trails. Residents say the town has handled the influx well, building plenty of new schools and hospitals.

And the relatively low real-estate prices thrill transplants from more expensive locales: A five-bedroom house, with a pool, set on a golf course might go for $440,000, and you can find homes for a third as much. 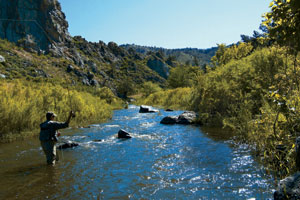 Bikers and beers. In most parts of the country, those two elements may be reasons to move elsewhere. But in the foothills of Colorado’s Front Range, bikers mean cyclists: Fort Collins has 29 miles of well-used trails.

As for beers, this town has become a high-end microbrew mecca. New Belgium Brewery (maker of Fat Tire) is based in this entrepreneurial town, and competitors are moving in.

People here aren’t slackers either. Bolstered by Colorado State University, which employs 7,000, “the Fort” is a center of economic activity. Hewlett-Packard, the city’s second-largest employer, announced worldwide layoffs in June, but they won’t affect Fort Collins. In fact, the company is adding jobs here.

This idyllic town — No. 1 in 2006 — would rank even higher but for one thing. (No, it’s not last summer’s Balloon Boy hoax, perpetrated by the local Heene family.) Colorado schools are hurting. After the state sliced public schools budget this year, Fort Collins’s Poudre School District laid off 139 full-time employees. 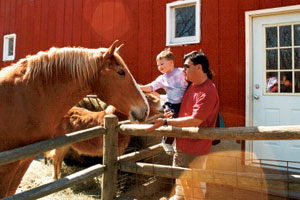 Ask residents why they chose this Kansas City suburb and you hear one thing over and over: the schools.

Other draws include a 300-acre arboretum and botanical garden, a biweekly farmers’ market, and a brand-new 12-field soccer complex, which hosts local and national tournaments.

Overland Park’s biggest challenge in recent years has been from its largest employer, Sprint. The company laid off more than 3,000 people here from 2007 to 2009.

But the town has had enough success attracting new employers that its jobless rate is still well below the national average. What’s more, a division of J.P. Morgan plans to move 800 positions here early next year. 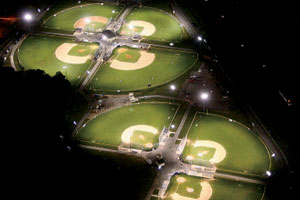 This Indiana town offers a winning combination of low-cost houses (you can snag a three-bedroom for less than $150,000), easy access to the big city, and good schools.

True, Fishers will never put anyone in mind of a quaint New England village. But thanks to its myriad advantages, including lots of community spirit, residents aren’t complaining. 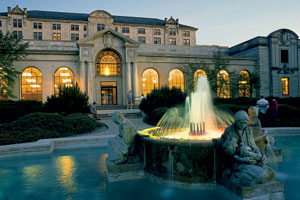 Unemployment at 4.3%? That’s not a misprint: Ames is the home of Iowa State University, which employs 9,000, and there are lots of biotech and agriculture jobs nearby. Like many states, Iowa has trimmed university funding, but the school has not had to make drastic cuts.

If the people who live here get bored, they have only themselves to blame. Besides Iowa State’s cultural and athletic offerings, Ames boasts 36 parks, a bustling shopping district, and a new aquatic center.

Sports are big in this town: The high school boys basketball team, girls tennis team, and girls golf team are state champions. But the friendliness of the community is what newcomers tend to remark upon most.

Says Craig McFarland, 55, a financial adviser who moved here with his family in 2006: “Our first day, a neighbor came over with cookies.” 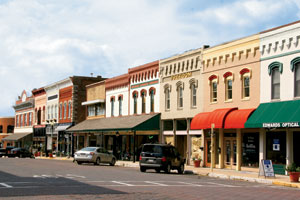 If you’re inclined to dismiss a small city in Arkansas as a backwater, you’re making a big mistake. Rogers is right next door to Bentonville, where Wal-Mart is headquartered.

Given the power of the retail behemoth, many Fortune 500 firms that sell it their wares have moved executives to the area. Lots of them have settled in Rogers, giving it a cosmopolitan feel. (Wal-Mart’s CEO, Mike Duke, also calls Rogers home.)

They’re drawn by top-notch schools and outdoor activities, including swimming and wakeboarding on the town’s two lakes and golfing on its five courses.

(Not all is picture perfect: Rogers does contain some rundown areas.) Though Wal-Mart has had layoffs in recent years, the jobless rate here remains low.