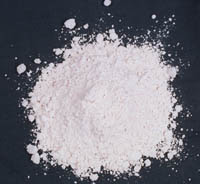 The FBI is investigating whether the incidents were linked. Special Agent Frederick Gutt said it would be “logical” that they would be.

“It is obviously disruptive and taken seriously,” he said.

No injuries were reported. Field tests of the Idaho and Utah powders indicate they were not hazardous, said FBI spokeswoman Debbie Dujanovic Bertram in Salt Lake City.

A field test on the powder found in Bellevue, Wash., showed its major component was calcium carbonate, a compound found in such items as chalk and limestone, Bellevue Fire Department Lt. Eric Keenan said.

Additional lab tests on all samples were pending.

In Washington, envelopes were found at a federal building in Seattle, Internal Revenue Service offices in Bellevue, and an FBI office in Spokane, Wash., Gutt said.

In Bellevue, police evacuated the IRS building soon after an employee in the criminal investigations department opened a letter with the powdery substance Monday afternoon, police Officer Carla Iafrate said.

The employee was taken to Overlake Hospital in Bellevue as a precaution, Iafrate said.

The U.S. attorney’s office in Boise also was evacuated as a precaution.

Gutt did not immediately return a phone message Monday night asking about field test results on the other powder samples found in Washington state.