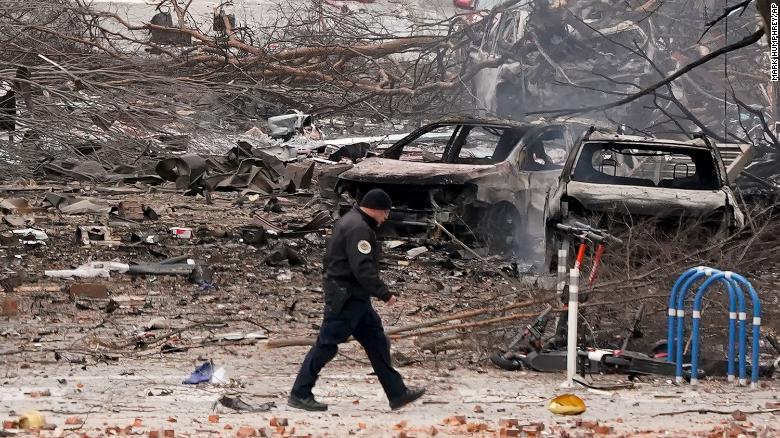 Investigators looking into the Christmas morning explosion in Nashville now believe the blast was likely the result of a suicide bombing, according to two law enforcement sources with direct knowledge of the investigation.

Officials have previously said they have recovered human remains at the scene of the bombing in
downtown Nashville and an FBI official on Saturday said agents are not looking for another suspect.
Agents are also at a home in Antioch, just southeast of Nashville, to conduct “court-authorized activity,”
FBI spokesman Jason Pack told CNN. According to a law enforcement official, a tip about the vehicle
involved in the explosion on Christmas morning led law enforcement to the Antioch home.
Bomb technicians have cleared the house to ensure it is safe for an evidence team to enter, Pack said.
Investigators are now waiting for the evidence team to arrive and enter. Pack would not confirm who
lives at the house, but neighbor Steve Schmoldt told CNN that his wife noticed law enforcement trucks
last night in the neighborhood. 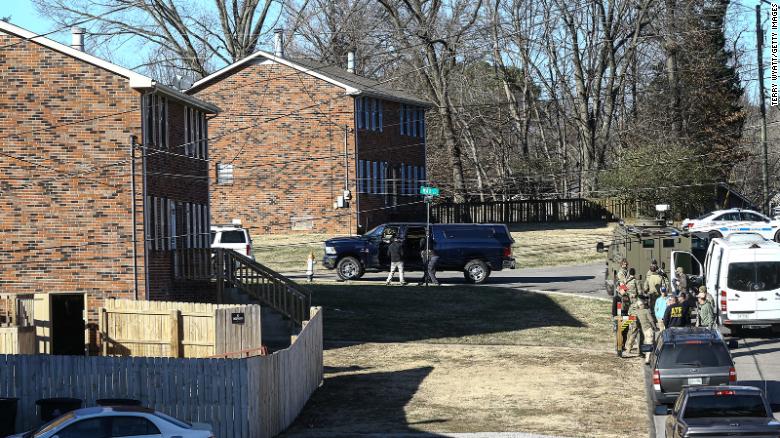 Law enforcement officers search a home in Antioch, Tennessee, on Saturday, December 26.
A recreational vehicle at the home seen via Street View on Google Maps appears to match the one law
enforcement has asked the public for information on. Investigators believe the RV seen in the photos is
the same one at the center of the explosion, the law enforcement source said, but they can’t be certain
because it was destroyed in the blast.
The blast occurred Friday at 6:30 a.m. CT, after a computerized voice emanating from a parked RV
loudly urged people to evacuate, warning the vehicle would explode in minutes.
The RV’s explosion left at least three people injured, set several other vehicles on fire, destroyed a
number of buildings on the block and knocked out wireless service in much of the region.
Law enforcement officials provided little new information in a news conference Saturday about how the
investigation was progressing, but FBI Special Agent in Charge Douglas Korneski said investigators
were working the case on “several fronts.”
That effort involves the FBI’s behavioral analysis unit in Quantico, Virginia, along with approximately 250
FBI personnel working on the scene with law enforcement partners.
As the investigation continues, there are no signs of an active manhunt, an indication that investigators
are not looking for someone who still poses a danger to the public, several law enforcement sources tell
CNN.
“We can’t confirm any individuals or anybody that we’ve identified,” Korneski said, adding “at this point
we are not prepared to identify any single individual.”
Korneski also said investigators don’t have any indication that they are looking for another subject. He
added that there is no indication of other “explosive threats,” and no other explosive devices were
discovered during a sweep of the area.
Among the questions investigators are trying to answer is whether the AT&T transmission building that
sustained damage in the blast was the target of the explosion, the sources say.
Asked Saturday about whether the AT&T building was a target, Korneski said, “We are looking at every
possible motive.” ( CNN / IM ) 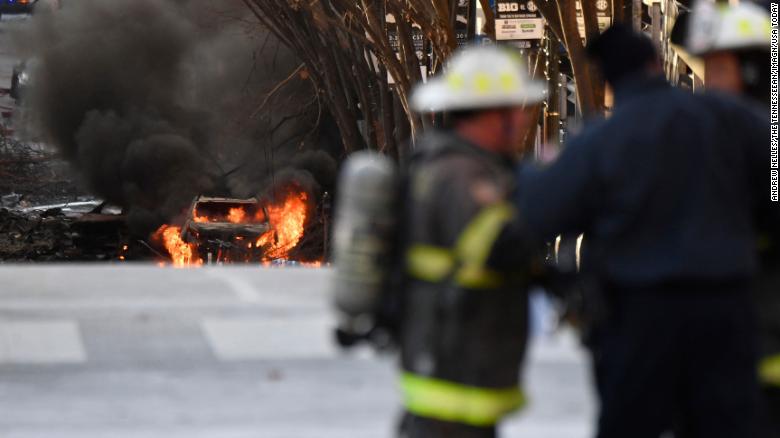